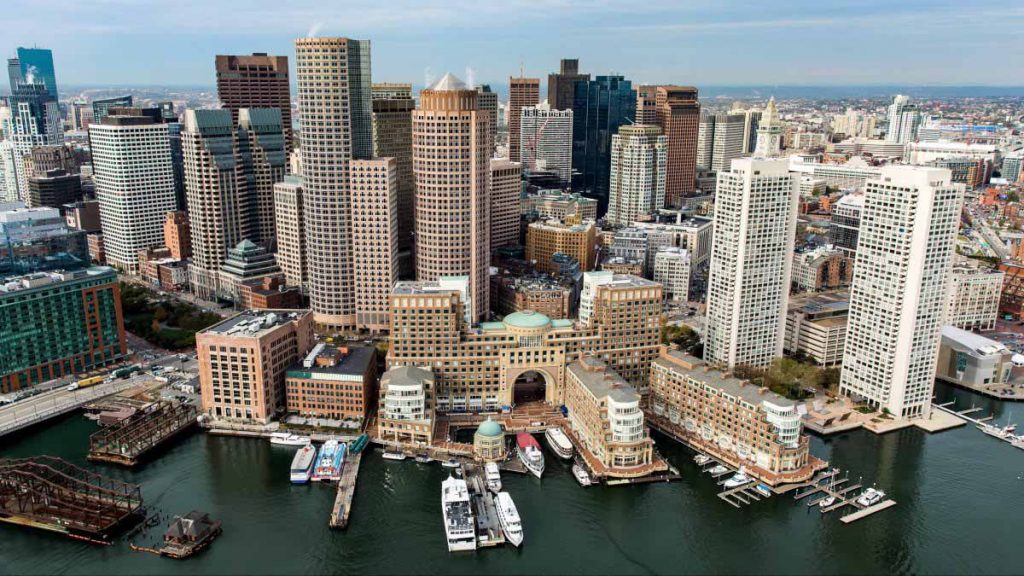 The Boston City Council on Wednesday (September 22, 2021) unanimously approved groundbreaking legislation that will require buildings over 20,000 square feet in the city to cut their greenhouse gas emissions to net-zero by the year 2050.

Under the legislation, many building owners will have to begin meeting emissions targets by 2025, with the targets decreasing every five years until they reach net zero in 2050. Different types of buildings will face different paths to net zero, including office, residential, industrial, healthcare and technology and science facilities.

Building owners will face fines if they do not meet those targets, though they can seek to modify their standards if they face hardships such as financial difficulties or a pre-existing, long-term energy contract. They may be able to pay money in lieu of meeting a target, something called an “alternative compliance payment.”

The measure is one of the first of its kind in the U.S., according to proponents. It’s expected to affect approximately 3,500 buildings in Boston, or about 4% of the city’s building stock, including many of the office buildings downtown and elsewhere.

Those 3,500 buildings account for a majority of Boston’s emissions, and proponents say the measure is essential to meeting the city’s goal of becoming carbon-neutral by 2050. The measure will cut an estimated 37 million metric tons of greenhouse gases from the atmosphere over three decades.

“Climate change is an existential threat, and it’s up to cities and towns to lead, and we can do that,” City Council President Matt O’Malley, the legislation’s sponsor, said at a hearing.

The measure must be signed by Acting Mayor Kim Janey to become law. The city would then roll out regulations to help implement the measure.

The legislation allows for some flexibility from what O’Malley called “aggressive but achievable” standards. Building owners can request a personalized compliance plan or claim hardship. Individual compliance plans must still reduce emissions by 50% by 2030 and by 100% by 2050.

Such claims will be reviewed by a nine-member board, which can elect to change a building’s emissions standards or alter the timeline for meeting targets. The review board will be appointed by the mayor and approved by the City Council.

However, without the review board’s intervention, building owners that fall short of the targets can face fines of up to $1,000 a day for every day they are in violation of the standards. The review board can elect to reduce or waive penalties for an owner.

Fines and alternative compliance payments will go into a city fund that will prioritize environmental justice causes, including the improvement and promotion of low-income housing and local air quality as well as workforce development programs.

The measure offers special dispensation for buildings between 20,000 and 35,000 square feet. Those buildings are not subject to emissions standards until 2031. They also face lower fines for non-compliance: $300 per day rather than $1,000 a day.

The legislation — dubbed BERDO 2.0 — is an update to the Building Energy Reporting and Disclosure Ordinance enacted in 2013, which required owners of large buildings to report energy and water usage to the city annually. It did not include emissions reduction mandates.

Those voting in favor of the measure on Wednesday included both candidates for mayor, at-large city councilors Michelle Wu and Annissa Essaibi George.

How Frank I. Rounds can help achieve your Emissions Reduction goals

There are a number of ways to sustainably produce hot water or steam in your boiler plant operations. Whether your goals are to be carbon-free, use renewable fuels, maximize efficiency, or minimize emissions, we have the products and expertise.

Contact Frank I. Rounds for a free boiler system evaluation and let us help you achieve your sustainability goals.

A corporation in New Hampshire was operating with two (2) 200 HP Cleaver-Brooks firetube oil-fired boilers, with natural gas, however,…

Boiler equipment is a valuable capital investment for a facility that requires diligent attention to avoid breakdowns, protection against safety…

Water Treatment with a Guarantee

We have a wide variety of rental equipment to choose from. Our professionally assembled trailers are constructed for reliable operation.